Have you ever noticed how fast time flies? My last post was in 2009 and a lot has happened since then. Some of the events include some serious health issues that knocked me for a loop and just wouldn't go away. I also had already been working with military personnel and their families for a few years, but then stepped it up a bit with a broader but more intense focus with Army Reservists. Within a five year time span, my life took some pretty radical and stressful direction changes. I am now back to a more manageable lifestyle and work schedule, including starting a website (www.couleeregioncounseling.com) with my wife, Kristi, and together conducting intensive weekend marriage sessions as an extension of our private practice.

So what does all of that have to do with anything? I have noticed over the past several years that many couples are coming for relationship counseling with a chief complaint that they have "grown apart," or "we are too different, we are going in different directions." Major life stressors can also extract a toll on a relationship if you're not intentional on keeping it together.

Michelle Weiner Davis, a well known Marriage and Family Therapist from the Chicago area, just posted a blog addressing this very issue. I have listed just three of her comments below:

"You're more likely to divorce if there are differences in your backgrounds, likes and dislikes and interests. T or F?

(False)
Research shows that people who stay together and are happily married are no more similar than those who divorce! They come from decidedly different backgrounds, hold different beliefs and have sharply different interests. But what separates those who have successful relationships from those who don't is this- they learn effective ways to deal with their differences. They have definite methods for handling conflict. Although they don't necessarily have a lot in common, they nurture the interests they do share and try to develop new ones from time to time. Successful couples understand that their partners are not supposed to be their clones. They believe that life would be incredibly boring if their spouses were mirror images of themselves. Instead, happily married people learn to both appreciate their differences, find ways to grow from them or simply make peace with them.
In healthy marriages, spouses have the same definition of what it means to be loving.   T or F?

(False)
No two people define love in exactly the same way. What it takes for you to feel loved is probably fairly different from what it takes for your spouse to feel loved. There is a good reason for this. Your definition of love springs from a number of factors, your upbringing, your culture, your gender and your life experiences in general. Since you and your spouse have had different life experiences, you will undoubtedly view love differently as well. Sometimes very differently, in fact. Although this, in and of itself, is not problematic, it will become a problem if you fail to honor and accommodate your partner's point of view.
People just fall out of love.   T or F?

(False)
Some people believe that they need to divorce their spouses because they've fallen out of love. They didn't mean for it to happen, it just happened. To them, love is a feeling that is either there or it's not there. If it's there, you get married. If it's not there, you divorce. This is one of the silliest ideas I have ever heard.The number one cause for the breakdown in marriages in our country is that people don't spend enough time together. They take their marriages and their spouses for granted. Everything- work, the kids, soccer games, community activities, extended family obligations, and so on- becomes more important than spending time together. The marriage gets placed on the bottom of the priority list. When this happens, people grow apart. They become two strangers passing in the night. They're no longer a team. And, because they're distant, the little time they do spend together, they end up fighting.This distance and alienation sometimes fools people into thinking they've fallen out of love. They feel numb. They can't imagine ever re-igniting those loving feelings. But the truth is, the love hasn't been destroyed, it's just camouflaged beneath the numbness. And, by retracing the steps taken to weaken love's bond, the feelings of warmth, connection, friendship and intimacy can be restored."
I believe two Proverbs that are good reminders are; Proverbs 18:22 "He who finds a wife finds a good thing" (something attracted you to her!) and Proverbs 5:15-20 "May you rejoice in the wife of your youth" (she knows you best). Want a good marriage? Stay focused and be intentional.
Posted by Second Order Change at 11:52 AM No comments:

As a Marriage Therapist I see a lot of maariages that are in trouble either because of conflict or intimacy avoidance. Unfortunately, these non-communication styles can lead to affairs in the false hope of filling a void. Read the following descriptions and see if you, or someone you know, is going down this maritally destructive road.

Conflict avoiders are just that. They are unable to talk about differences or even disappointments in the relationship. Too often these are individuals who were taught as children that anger was bad, that they always have to look at the positive side of things, or were punished for disagreeing with their parents. As a result, they have a hard time discussing problems or expressing dissatisfaction. When they marry they tend to put differences aside and resentment may build up because they don't have the verbal skills to talk about their issues and feel emotionally safe doing so.

Intimacy avoiders are unable to connect emotionally out of fear of being hurt and/or disappointed. You can imagine what their upbringing was for this to come about. The person, or couple, can fool you because often they present as good "fighters, " although that is the only way they can emotionally connect. Underneath the fighting is a fear, and most probably pain, from past relationships - the most basic being the family they grew up in. These folks are the opposite of conflict avoiders - they are constantly in conflict over the most amazingly little things. Do you know a couple like that? It makes you shake your head in bewilderment. In reality they are the "push me-pull you" of relationships - wanting closeness but pushing it away.

The answer for both of these avoiders involves taking the risk of opening up. The sooner the better. I worked with a woman several years ago who had been sexually molested as a child and she never told anyone about it. She grew up, married, had several children, but could not get close to her family. Her emotiional connection was through anger and eventually her husband had enough of it and left her. When she came to see me I was the first one she told about her 35 year old pain and fear of getting close to someone who was suppose to be a protector. She lost her marriage and her children.
Posted by Second Order Change at 3:36 PM No comments:

Many couples get into trouble because they only superficially listen to each other. They don't express their heartfelt feelings or thoughts. This builds a repertoire of experience. After a period of time, they think they can begin to read each others thoughts and actions, and will fill in gaps with assumptions based on their past experience. The financial statement "past experience is the best predictor of future performance," is very applicable to relationships. We need to ask ourselves "what kind of experience am I giving my spouse?"

If the couple is relationally in trouble, they expect the worst from each other, because that is what was experienced in the past. We can all fall into this dilemma. In order to have a different future we need to provide a different experience now. Too often we wait for the other person to make a change, however, as Christians we need to take the plank out of our own eye before the other person can take the splinter out of their eye.

Labels: Experience leads to the future

My children have been after me to create a blog about marriage and relationships. I haven't figured out Facebook yet! But here we go. More will follow.
Jerry :-)
Posted by Second Order Change at 5:08 PM 1 comment:

Labels: It's a New Year
Home
Subscribe to: Posts (Atom) 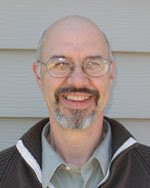 Second Order Change
La Crosse, WI, United States
I am a Master's level Marriage and Family Therapist, as well as a Pastor. My passion is to see marriages improve so I don't see as many people in my office! Too many times people believe they need to make huge changes in their situation when in fact two to three degree changes can make a big difference in your relationship.